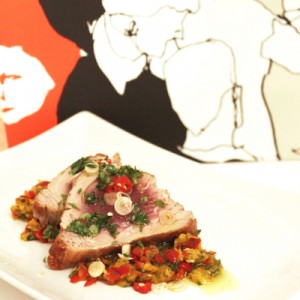 A recipe I tried in a Bangkok hotel a few months ago. Amazing. The fresh and raw ratatouille, is a pefect and balanced side for the seared tuna. 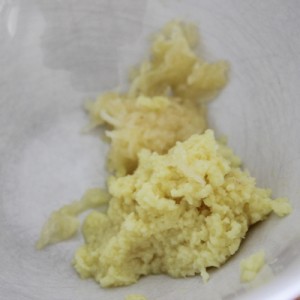 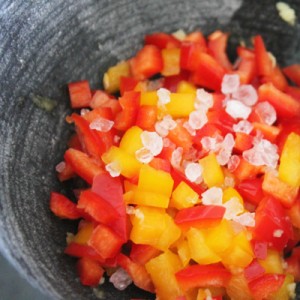 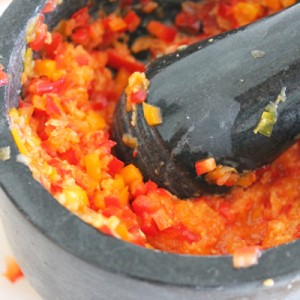 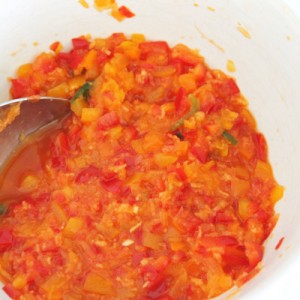 Meanwhile heat 2 tbs of vegetable oil in a pan. Season with salt the tuna fish and put it into the pan. Sear it for 12/14 minutes, turning it frequently.

Put on blotting paper and set aside while you prepare the plate. 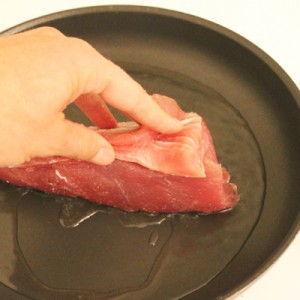 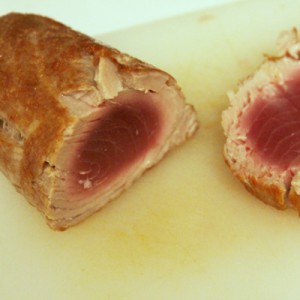 Put the ratatouille lightly drained onto the plate. Slice the tuna fish and put 2 slices per serving on top of the ratatouille. Season with salt and pepper, 1 tbs sesame oil and finish with the lemongrass and the cilantro. Serve. 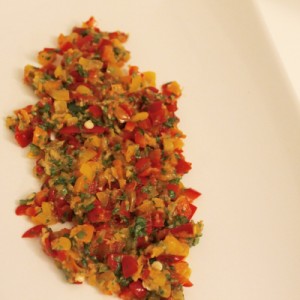 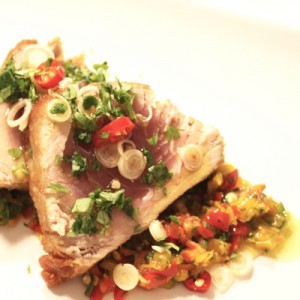